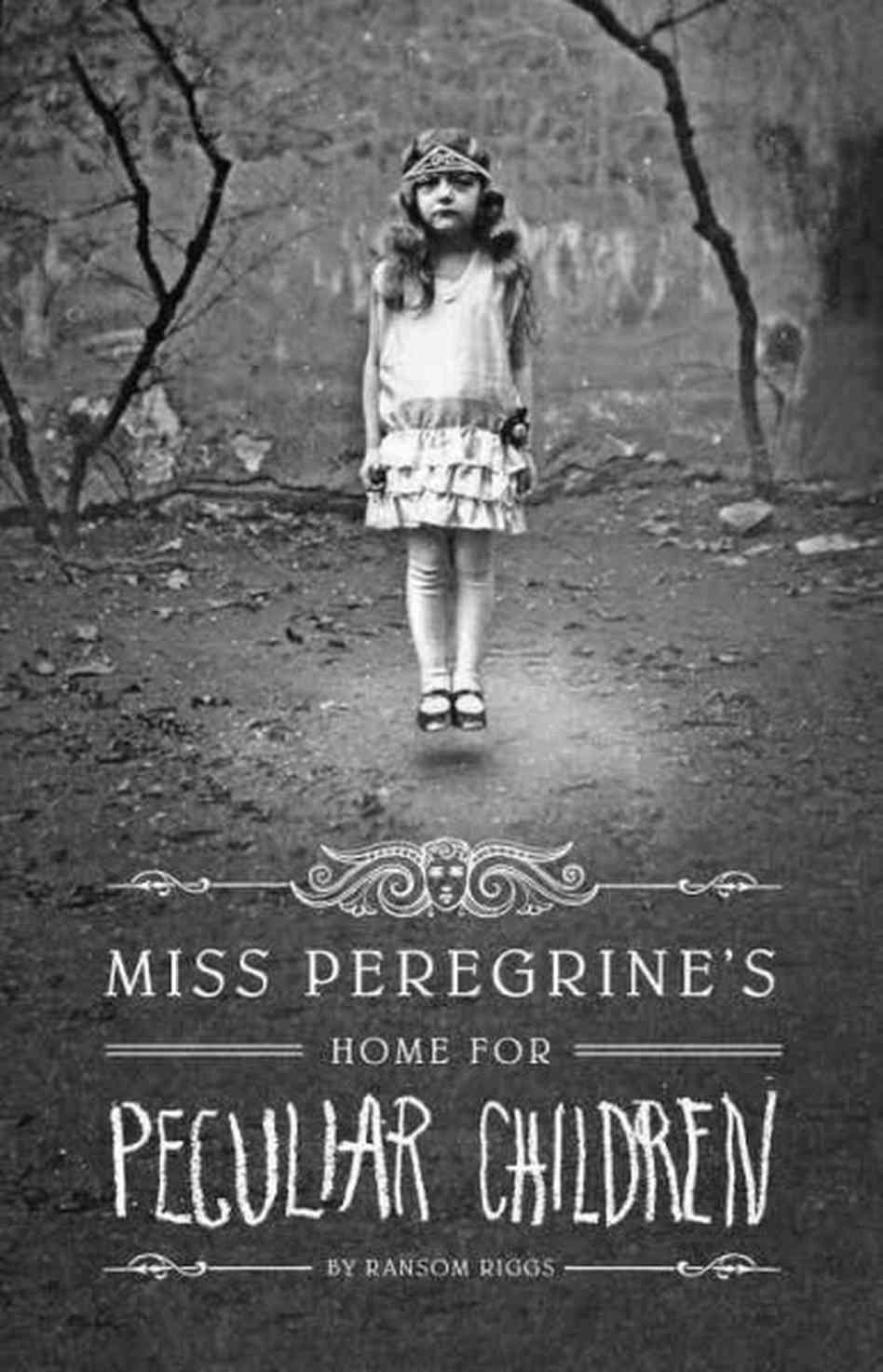 Creepy vintage black and white photographs. Must be a creepy story, right? RIGHT?

Jacob is a blessed 16-year-old. Waiting to inherit his mother’s drug store franchise, his whole future is set before him.

Except, he hates it. He has (almost) no friends, no ambition, and a grandfather who’s absolutely nuts.

Seriously, who keeps faked out pictures of a floating girl and dressed up clown kids and claims to know these freaks? Who keeps piles of weapons, stating they’re for monster killing—when the “monsters” are obviously the Nazis who drove him from his home during the war?

But then Jacob’s grandfather suddenly dies and Jacob sees the monsters. His grandfather’s death will throw him into a tumult of emotional trauma and to Miss Peregrine’s Home for Peculiar Children. Or at least, what remains of it. The place was destroyed during an air raid.

If I had to summarize this book in one word, I’d pick dissappointing.

Don’t get me wrong, the writing is amazing and the set up is creepy and eerie enough to draw any reader who’s looking for a good scare in.

In fact, the first half of this book is really good. I was sufficiently creeped out by the combination of words and vintage photographs, and still curious enough to keep going. It builds suspense and mystery, and I wanted to keep reading…

…until the mystery is revealed.

At first, my thoughts were, “Okay, I’m game for this.”

But slowly, and surely, it became “I’m pretty sure I’ve seen this somewhere before…”

Because I have. In two forms, really—both really unexpected for the wonderfully creepy set up.

Form #1: X-Men. Not even kidding, Miss Peregine is Charles Xavier. The peculiar children? The X-Men. Apparently, “peculiarity” is a genetic mutation. Go figure.

Form #2: Percy Jackson and the Olympians. We have a boy who thinks he’s normal, but isn’t. A beloved family member is killed, sending him to a place for people like him. This place is protected by magical boundaries, hidden in plain sight. His best friends at this place are (1) a brilliant, snarky girl with a complicated love life and (2) a nerdy worry-wart. They are pursued by monsters and only safe behind the magical borders. And the monsters have a plan that will mean the end of the world.

And that’s why Miss Peregrine’s is so damn disappointing. I was ready to be scared. I was ready to read something akin to Shutter Island or Stephen King. Instead, I get Marvel meets common supernatural YA fiction, and it wasn’t even good YA supernatural.

What I remember most about each kid in the home is there ability…and that’s it. They have no real defining character traits. Well, except for Horace, who’s some fashionista or something, and Emma and Millard, but they are important supporting characters.

And since the story strays from the suspense/horror genre, the photos become next to useless in storytelling. For example, remember this freaky picture? 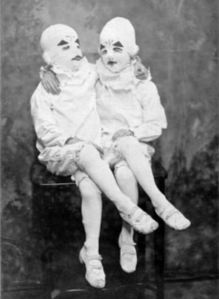 Yeah. No explanation. None at all. No reason for these kids to be in costume. No ability provoking the need for identical costumes.

So why is it in this book?

My best guess is that Riggs found a bunch of vintage photographs and decided, “Hey, I can make a story about this.” No thought to continuity. No real plot in mind.

The only high points of this book are Riggs’ outstanding skills as a wordsmith, and, let’s say, the first half. The first half is shrouded in mystery and suspense, and its at the midway point that we fall into YA supernatural fail. Is that enough to save Miss Peregrine’s?

I don’t think so. But if Riggs ever comes out with a different book, then I’m game to try it. Don’t get me wrong, I really like the YA supernatural/adventure/magical teen genre. But the book was promoted as this creepy teen novel, where the real monster is no different than in any other book in this genre. It just wasn’t what I was expecting, and wasn’t really executed well.

The latter half of novel was really too much of a disappointment for me to really enjoy the book. Rigg’s writing style is the best part of this novel.

Recommendation: Don’t Bother. If you enjoy YA supernatural similar to Percy Jackson or the Mortal Instruments, you’ll probably enjoy this book, since its puts a spin on that genre. If you’re expecting a thriller…I’d move on to a different book.

Make the story even longer with a comment: Cancel reply